Bailed Out & Propped Up

Indirect benefits push government aid to the industry past $110 billion

Half went to 66 companies that enjoyed multiple lifelines

A DELUGE OF BENEFITS

The fossil fuel industry received between $10.4 billion and $15.2 billion in direct economic relief from federal efforts under President Donald Trump.

During a year of massive economic losses caused by climate change-driven wildfires and hurricanes, the U.S. government has sent billions in pandemic-related economic aid to the fossil fuel companies most responsible for catastrophic climate damage.

An analysis by BailoutWatch, Public Citizen, and Friends of the Earth reveals the fossil fuel industry received between $10.4 billion and $15.2 billion in direct economic relief from federal efforts under President Donald Trump to sustain the economy through the pandemic.

These direct benefits were magnified by indirect lifelines, most notably the implied seal of approval conferred on some companies’ debt when the Federal Reserve bought $432 million in oil and gas bonds from private investors on the secondary market. The Fed earlier signaled its support for the broader bond market, including junk-rated debt, by buying Exchange-Traded Funds that included $735.4 million of fossil fuel bonds.

By demonstrating its willingness to take on fossil fuel debt — and risky debt from any part of the economy — the Fed drew private investors back into a shaky market. This fueled a lending boom of more than $93 billion in new bond issuances by oil and gas companies since the Fed intervened in March — the fastest rate of energy bond issuance since at least 2010.

The Fed’s bond purchases, along with the new issuances they spurred, amounted to indirect benefits totaling $94.7 billion. Together with direct benefits worth up to $15.2 billion, likely more, the 2020 fossil fuel bailouts add up to $110 billion.

Pandemic-related assistance for the fossil fuel industry has come from numerous government entities, including the Fed, Treasury Department, Interior Department and Congress. Oil and gas companies have benefited from diverse means of support, including direct loans, tax cuts, and waived fees for drilling on public property. These companies benefited disproportionately from tax refunds and forgivable loans, despite, or even because of their weak financial footing going into the pandemic.

More than 26,000 coal, oil, and gas companies benefited directly from government stimulus efforts. The bulk of these received forgivable loans from the Small Business Administration’s Paycheck Protection Program, which dispersed up to $669 billion to all types of companies in hopes they would keep workers on payroll.

Five major fossil fuel companies enjoyed the biggest cumulative government benefits, banking more than 10% of the $110 billion in direct benefits like tax refunds and indirect support in the form of bond issuances, even as their finances continued a years-long decline. More than 60 others double- or triple-dipped into government programs, collecting tax refunds and subsidized or forgivable loans while paying less money to drill on public lands thanks to pandemic-related giveaways.

Viewed together, these benefits amount to a multi-pronged government bailout for the fossil fuel industry. By directing aid to companies whose problems long predated the pandemic, the government has artificially prolonged the industry’s decline and postponed the coming transition to clean energy sources. 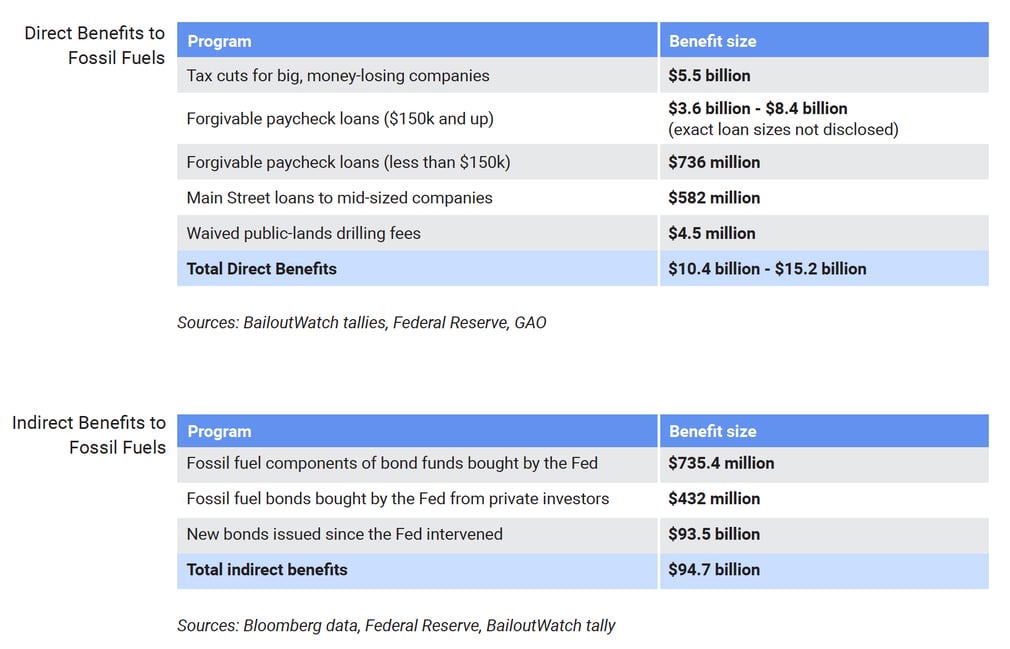 EARNING A SPOT IN THE HALL OF SHAME 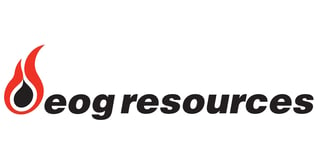 CEO William Thomas was paid $12.7 million in compensation last year, including perks worth $367,000 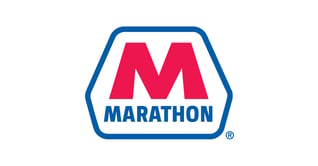 Took $922 million in local, state, and federal subsidies since 2000 — long before the pandemic began

THIS analysis by BailoutWatch, Public Citizen, and Friends of the Earth reveals the fossil fuel industry received between $10.4 billion and $15.2 billion in direct economic relief from federal efforts under President Donald Trump to sustain the economy through the pandemic.

Are you a policymaker, journalist, financial executive, or movement ally? Submit your information below to speak to a member of the BailoutWatch team.

Brought to You By BailoutWatch | Friends of the Earth | Public Citizen